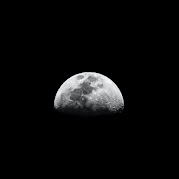 Let there be lights in the firmament of the heaven

to divide the day from the night;

and let them be for signs,

I was awakened by a yellow light outside my window, around 11:30 p.m last night.

I thought it may be a neighbor's house light, or something.

So, I continued to ignore it.

Until such time, sleep evaded, and I finally got up past midnight.

Looking outside my window, that bright yellow light turned out to be the moon.

And make it mustard-colored.

STRANGE moon, I tell ya.

Never saw that before.

Not in a perfect inverted half.

Not in that color.

Tried looking for an image to depict it.

Why didn't I take a picture of it?

I'd just end up with a hazy bright glow.

Many times in the past, the moon's light wakes me up.

And I get up to gaze at it for a moment.

Observing its beauty, light, and form.

But today, that moon made me lose sleep completely.

So, I researched a bit, watching a prophecy video I noted yesterday.

Had to let the HOLY SPIRIT guide me.

I'm not new to "seeing" things.

Here, let me give you a couple of clues from these matching verses I encountered today:

30 And I will shew wonders in the heavens

and in the earth,

and pillars of smoke.

19 And I will shew wonders in heaven above,

and signs in the earth beneath;

and vapour of smoke:

I saw that weird, upside down yellow moon (wonder in the heavens) this morning.

I saw thin pillars/vapors of smoke (wonder in the earth) yesterday, in broad daylight.

I've documented some of my dreams (and visions?) in the 22 books on spiritual warfare SPIRIT and I wrote in 24 November 2019.

I've seen, and dreamt, too many things since I was a kid.

Took note of all the details.

Only when I became born again 26 months ago, did everything make sense.

Because I began to test everything through what the BIBLE says.

The WORD of GOD is my ONLY reference.

JESUS led me to Bible prophecy.

He led me to preparing people about the RAPTURE.

I've learned to take it a moment at a time.

GOD can decide to send His SON ANY MOMENT.

We must be ready.

We must watch, and pray.

We must become born again.

We must believe in JESUS.

We must repent, and believe the GOSPEL.

The time is fulfilled,

and the kingdom of God is at hand:

and believe the gospel.

But the Bible gave lots of prophecies.

Plus, why does the Vatican have an observatory?

What are they waiting for?

What signs are they looking out for?

Methinks the WORD of GOD suffices.

Everything I need to know, the BIBLE supplies.

For JESUS is the WORD of GOD.

13 And he was clothed with a vesture dipped in blood:

and his name is called The Word of God.

He is who we should be looking out for.

3 If ye then be risen with Christ,

seek those things which are above,

where Christ sitteth on the right hand of God.

2 Set your affection on things above,

not on things on the earth.

If it's any source of comfort, know this:

You can't possibly miss the RETURN of JESUS, if you are His.

19 Nevertheless the foundation of God standeth sure,

The Lord knoweth them that are his.

let every one that nameth the name of Christ 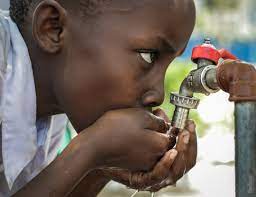